Well, no sense besting around the bush.  The miles for October were not stellar.  Looking back a year ago, I had the same issue, and go figure, it was for the same reason: Work

Last year, I spent a good portion of October over in Spokane training a batch of new hires. It kept me there for 3 weeks.  This last week I started yet another batch of them as well.  Therefore I lost the last week of the month.

However, for the remaining weeks, Other things kept me on foot instead of the bike.  The most important of these, the first weekend, was Michelle’s half marathon! 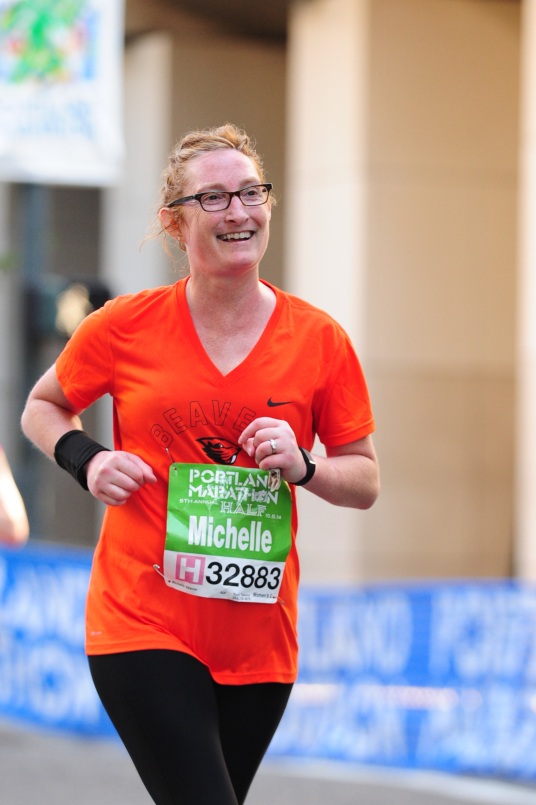 I was very happy to be there for her and repay one of the many times she has given up her time for my endeavors!

Then there was moving Mom in law to a new place.  This is an ongoing process.  We’ve gotten her interwebs connected, but we are going over tomorrow to set up some shelves in the bathroom.  Michelle is one helluva daughter, so the least I can do is help.

Then there was working the winery.  Not only did it take a day, but it wore me on on Sunday as well.

Finally, work had me in MANY different places throughout the month (not counting last week) It just broke up the cycle commuting as well.  Add it all up, and there was only 145 miles this month.  Now the lowest ever, but it’s up there (or should I saw down there.)

Add to all this, I have NOT felt that motivated.  I am not sure if I burned out a bit this year, or I am getting old and lazy, but I haven’t been able get myself out of a warm bed next to a great wife and get on the rode.  Then I get angry with myself for NOT doing so…

November is not going to be any better.  I will be home next week, but the 2 following I will be back in Spokane.  I will hit the work out room, but it aint the same.  I think I will have to try to hold my own next month and then aim for December when I am mostly in Seattle.

I will try not to mention that I am getting pudgy around the middle again and  losing the rock hard leg muscles, and the possibility of being cranky when I DON’T ride.  (At least in Spokane Michelle won’t have to deal with the cranky)  She is doing her best to keep me active, and on the bike as much as possible.  But, even though I am VERY lucky to have a job (many don’t) and I like what I do (Even MORE don’t) I REALLY hope we do most of our hiring in Seattle next year!